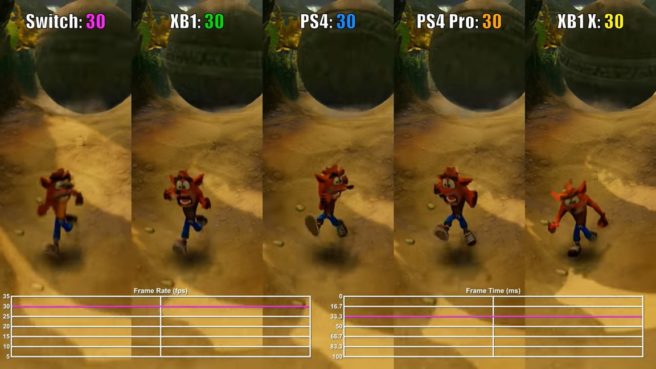 VG Tech has put together a video comparing Crash Bandicoot N. Sane Trilogy’s frame rate across all platforms, including Switch. We have it below.

We’ll likely have a better idea as to how Crash Bandicoot N. Sane Trilogy holds up on Switch in the near future, but VG Tech states that it runs at 720p when docked and roughly 853×480 in portable mode. When playing in handheld form, the game apparently runs a bit better, though can still occasionally drop below 30 frames per second.