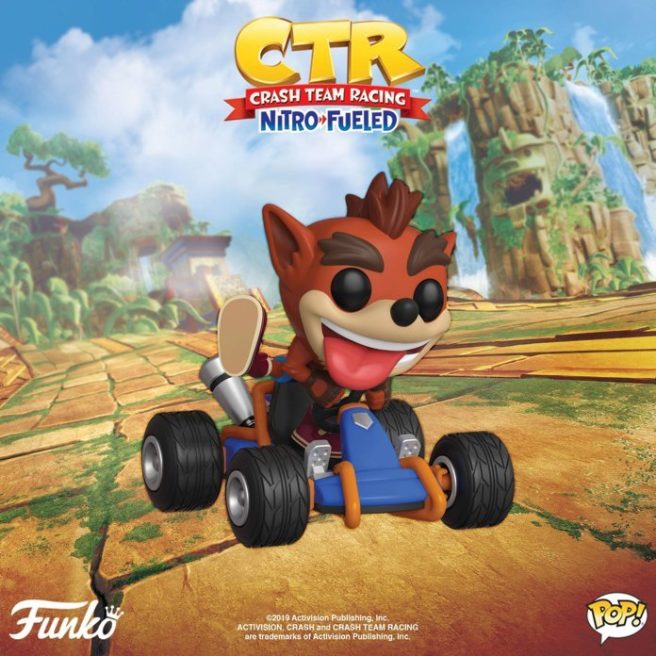 Tying in with the upcoming launch of Crash Team Racing: Nitro Fueled, a Crash Bandicoot Pop! Rides figure has been announced. GameStop is taking pre-orders here.

If you’re feeling the need for speed join Crash Bandicoot in his efforts to prove he’s Earth’s fastest driver and protect the planet from the evil machinations of Nitros Oxide. This Pop! Ride features balanced acceleration and top speed and handling, which Crash is going to need if he drives to win.

Based on GameStop’s listing, Crash Bandicoot Pop! Rides will be out on July 3.