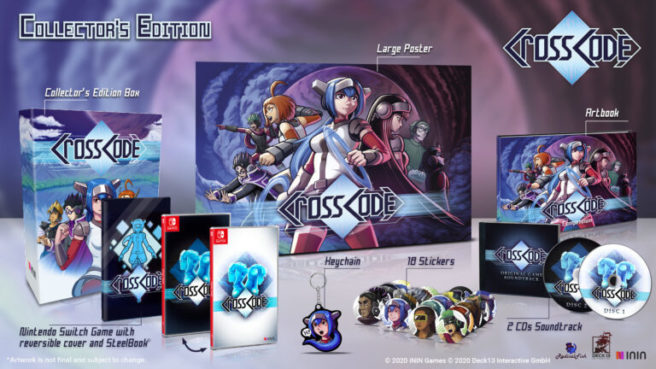 As was officially announced today, CrossCode finally comes to Switch on July 9. However, a few physical editions are also on the way that will follow shortly after.

Fans can choose between a standard copy, Steelbook Edition, and Collector’s Edition. Here’s a full rundown of what’s included in the latter two:

ININ Games will release the physical versions of CrossCode in North America and Europe on August 28. Pre-orders for the special editions are up on Strictly Limited Games here.