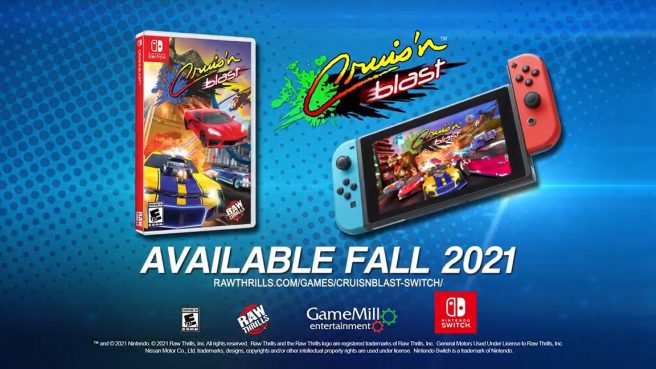 When Cruis’n Blast was announced for Switch during E3 2021, we only had a vague Fall 2021 release window. An actual date has now been confirmed.

Cruis’n Blast will release for Switch on September 14, it’s been announced. GameMill, who will be handling distribution of physical copies, shared the news today.

Here’s a trailer for Cruis’n Blast for those that missed it: