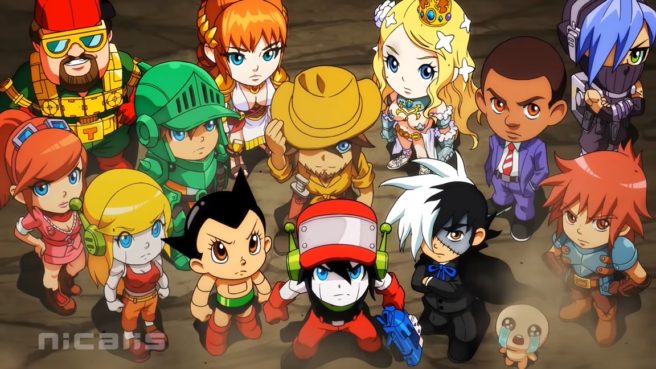 Nicalis finally announced a release date for Crystal Crisis. The cute and colorful new color-matching combat game is set for release on April 23.

Here’s an overview for Crystal Crisis:

Developed and published by Nicalis, Crystal Crisis is presented like a traditional fighting game, but instead of pressing buttons to kick and punch, competitors arrange falling crystals into matching colors to clear them from the screen and inflict attacks on their opponents. In this star-studded crossover puzzle game, players can choose from 19 different playable characters, including fan favorites from Cave Story, The Binding of Isaac, Tezuka Productions and many other surprise entrants.