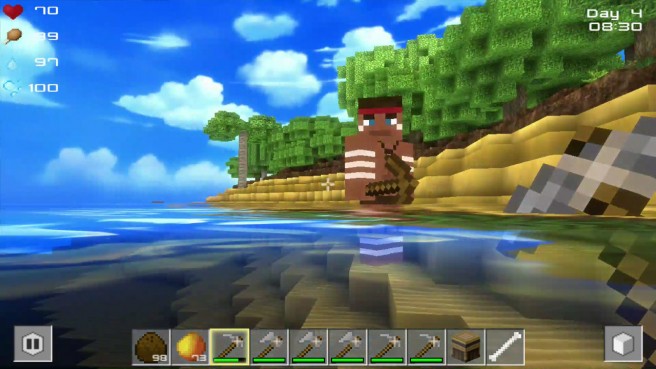 Cube Life: Island Survival version 1.1 is something that Cypronia has been working on for awhile. It was originally targeted for September / October, but that time frame wasn’t reached. Instead, Cypronia now intends to have the patch ready for December having submitted it to Nintendo.

Here’s the latest message from the developer:

We apologize for all the delays on Cube Life update. Development of an open-world, sandbox game with more than 300 items and tools to craft, including many elaborate maps, and perfect multiplayer gaming with several controllers support is difficult. As we promised, we even have Wii Classic Controller Pro support in there, too!

Believe us, it is not easy… Creating an update of this magnitude is very challenging. Testing alone is a very daunting task–we do not want to release an incomplete product. As you can see, there were some attempts by others to do something similar… UCraft has been delayed for years, and Minecraft for the Wii U seems to be a false rumor.

But we at Cypronia are still alive and hardworking. We thank everyone who is still with us… Your patience is going to pay off. We have included some great new features in Update v1.1: Create and play custom maps for Deathmatch Mode in Multiplayer! We simply cannot wait for you to get your hands on this update–we know it will be worth the wait.

The update for the North American and EU versions have been sent to Nintendo Lotcheck and we are patiently awaiting their approval. We will keep you posted with the release date as soon as we know it. It’s coming VERY soon… Get excited!