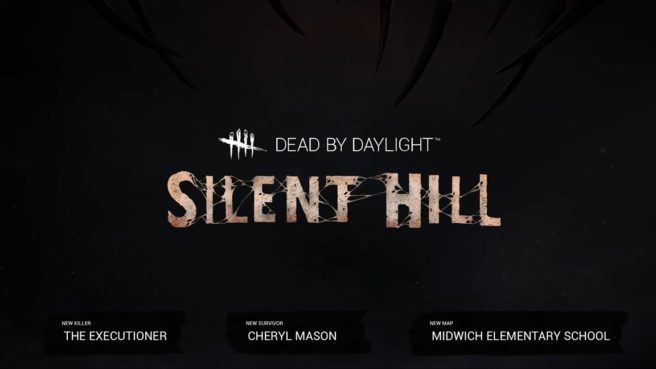 The asymmetrical multiplayer horror game Dead by Daylight will soon be updated with a new crossover. Konami’s Silent Hill will be entering the game, Behaviour Interactive has announced.

As part of the collaboration, a new Chapter will be introduced. A new Killer, The Executioner, and a new Survivor, Cheryl Mason will be included. Players can expect the new map Midwich Elementary School as well.

Here’s the official overview of the collaboration plus a teaser trailer:

Silent Hill is a new Chapter for Dead by Daylight. It includes a new Killer, The Executioner, and a new Survivor, Cheryl Mason.

The Silent Hill Chapter also introduces a new map, Midwich Elementary School: the childhood trauma that once took place in its halls has since manifested itself into a twisted, nightmarish design. The new Killer is The Executioner: take control of Pyramid Head and wield his great knife to unleash his twisted brand of punishment on all who cross him. The new Survivor is Cheryl Mason, a courageous, outspoken woman who survived the hellish Otherworld of Silent Hill, and exacted revenge on the Order that killed her father. With experience beyond her years, she’s prepared to once again stand against any evil that confronts her.

The Silent Hill crossover in Dead by Daylight launches this June.