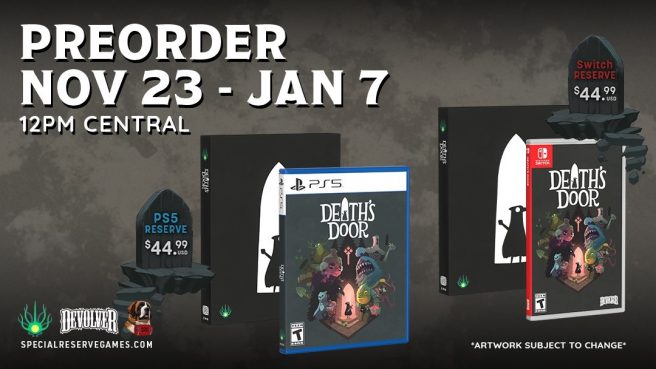 Special Reserve Games has revealed not one, but two upcoming physical releases on Switch with Death’s Door and Loop Hero.

Both of these titles are about to be making their debuts on the eShop. However, for collectors, physical versions will be offered a bit later on.

Fans will be able to pre-order the physical release for Death’s Door between November 23 and January 7. The physical editions of Loop Hero will then follow between December 9 and January 21. Everything will be up on Special Reserve Games’ website here. 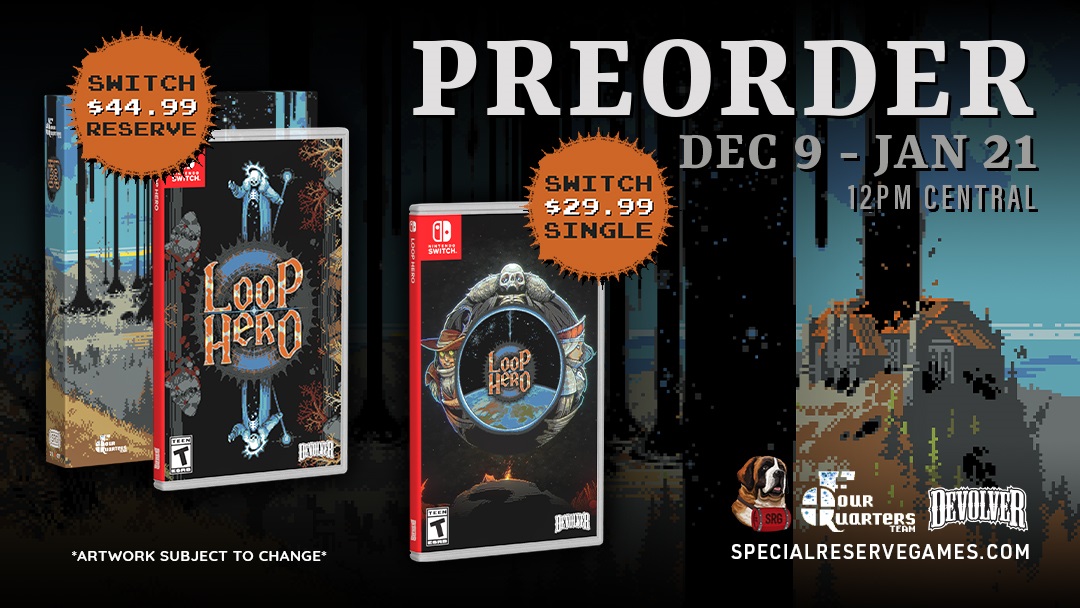 Here’s some information about Death’s Door and Loop Hero:

The job gets lively when your assigned soul is stolen and you must track down a desperate thief to a realm untouched by death – where creatures grow far past their expiry and overflow with greed and power.

Talon Sharp Combat: Utilize melee weapons, arrows and magic to overcome a fantastic array of beasts and demigods. Mistakes are punished and victory is rewarded. Gain an edge by customizing your character stats and mastering the abilities and upgrades you obtain.

A Beautifully Bleak World: Venture beyond the Doors and explore a land full of twisted inhabitants and countless secrets, bringing hope to the weird and wonderful characters you’ll meet along the way.

A Dark Mystery to Unravel: Track down and defeat colossal tyrants with stories and motivations of their own. Experience a somber yet darkly comedic tale, uncovering the truths behind the flow of souls, the role of the Crows and the origin of the Doors.

Wield an expanding deck of mystical cards to place enemies, buildings, and terrain along each unique expedition loop for the brave hero. Recover and equip powerful loot for each class of hero for their battles and expand the survivors’ camp to reinforce each adventure through the loop. Unlock new classes, new cards, perks and devious guardians on your quest to shatter the endless cycle of despair.

Infinite Adventure: Select from unlockable character classes and deck cards before setting out on each expedition along a randomly generated loop path. No expedition is ever the same as the ones before it.

Plan Your Struggle: Strategically place building, terrain, and enemy cards along each loop to create your own dangerous path. Find balance between the cards to increase your chances of survival while recovering valuable loot and resources for your camp.

Loot and Upgrade: Strike down menacing creatures, recover stronger loot to equip on the fly and unlock new perks along the way.

Expand Your Camp: Turn hard-earned resources into campsite upgrades and gain valueable reinforcements with each completed loop along the expedition path.

Save the Lost World: Overcome a series of unholy guardian bosses over a grand saga to save the world and break the time loop of the Lich!

Death’s Door will initially hit the Switch eShop on November 23. Loop Hero is planned for December 9.