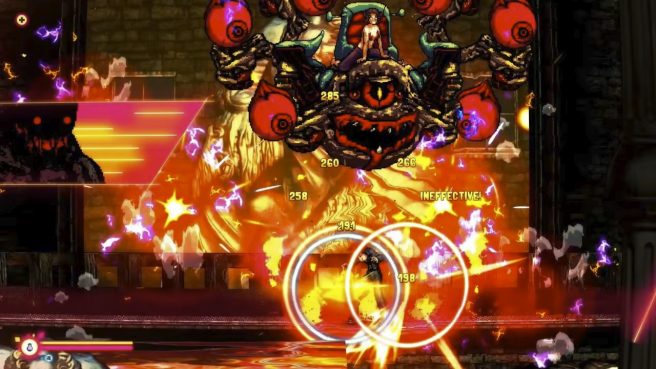 Gameplay has emerged for Demoniaca: Everlasting Night, the recently-released gothic Metroidvania game. Switch received the title on Wednesday. 10 minutes of footage is available.

We have the following overview for Demoniaca: Everlasting Night:

As you journey through the dreadful and corrupted Tower of Babel, you’ll uncover its many dangerous secrets, challenge powerful lords and slay hordes of their minions. Immerse yourself in fluid real-time combat that’s easy to learn but challenging to master. Gain access to new areas in and around the tower as you progress and upgrade abilities. But what end could await one filled with such anger and despair?

• Explore the Tower of Babel in side-scrolling “metroidvania” style!
• Face hand-crafted enemies, each calling for a different strategic approach in combat.
• Meet intriguing characters as an ominous narrative unfolds.
• Dress and arm yourself in gear that’s both practical and fashionable!
• Enjoy grim visual design with a mature touch of eroticism.

Demoniaca: Everlasting Night can be purchased digitally for Switch as an eShop download. It has support for English, Italian, Spanish, Russian, and Chinese languages.