Disjunction, a cyberpunk stealth-action RPG, is coming to Nintendo Switch

Posted on February 20, 2020 by Matt(@OnePunchMaz) in News, Switch eShop, Videos 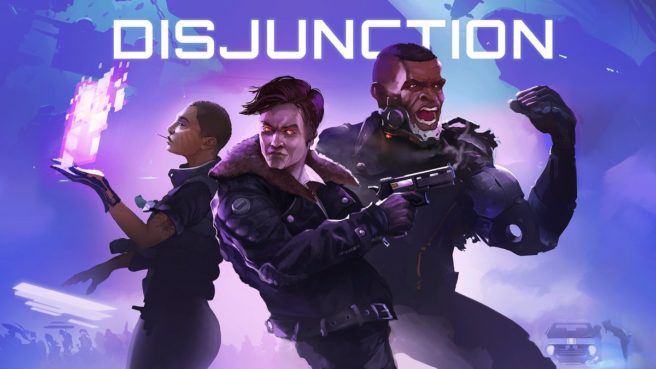 Developer Ape Tribe Games and publisher Sold Out announced today that their cyberpunk stealth-action RPG Disjunction is coming to Nintendo Switch this Summer. Here’s an overview of the game, followed by the game’s original reveal trailer:

Set in the dystopian underworld of a near-futuristic New York City, Disjunction is a deeply atmospheric, cyberpunk, single-player stealth-action RPG that follows the intertwined narratives of three characters as they unravel a mystery that will change the fate of their city. A classic RPG featuring hardcore stealth-action mechanics and a reactive story where your choices have real consequences, Disjunction gives players the freedom to take the gameplay approach that suits their playstyle: blasting through levels in brutal fast-paced combat, or sneaking around encounters to avoid confrontation.