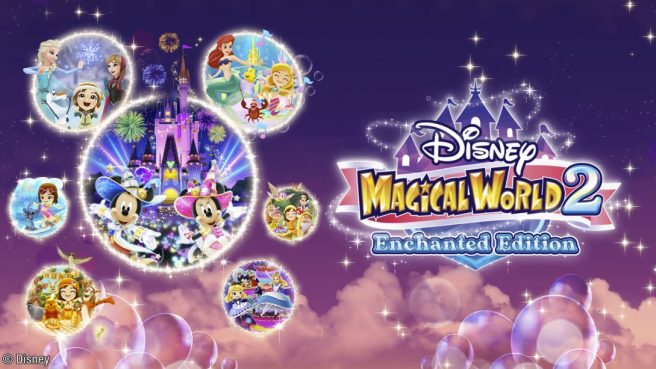 Bandai Namco has set a release date for Disney Magical World 2: Enchanted Edition – a new game for Switch that’s based on the 3DS title that came out a few years ago. In both North America and Europe, the game will launch on December 3. It was previously confirmed for this holiday.

You’ll start out by making an in-game avatar and choosing from thousands of customization options. The fun then begins with an introduction from Mickey Mouse and friends at Castleton, where players make their homes and meet colorful personalities. Players will gradually become acquainted with their neighbors and gain access to mysterious portals, which lead to new worlds with even more characters to befriend.

We’ve included a trailer that goes along with the release date news for Disney Magical World 2: Enchanted Edition below.

Disney Magical World 2: Enchanted Edition will be sold both physically and digitally on Switch. We have the boxart and information regarding pre-orders here.