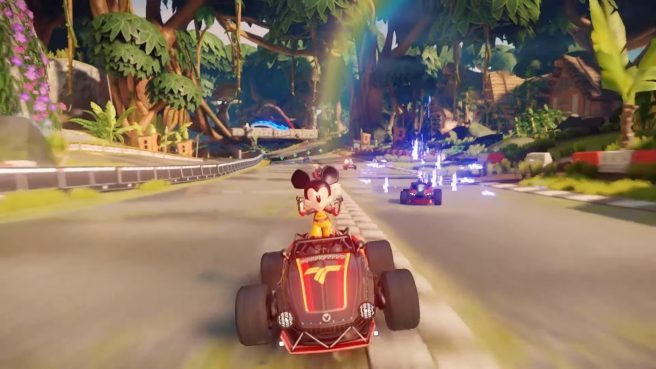 Gameloft revealed today that Disney Speedstorm is coming to Switch. The racer will support cross-platform play and online.

Below is an official overview with more information:

Drift into the ultimate hero-based combat racing game, set on high-speed circuits inspired by Disney and Pixar worlds. Master each character’s unique skills on the racetrack and claim victory in this thrilling arcade racing experience from the creators of the Asphalt series!

An incredible cast of characters including Captain Jack Sparrow, Mulan, Mickey Mouse, Sulley, the Beast and more are suited and revving up for racing combat. Upgrade each racer’s stats and make the most of their unique skills that can impact the outcome of a single race and dramatically change the way you play the game!

RACING TOGETHER HAS NEVER BEEN EASIER

CUSTOMIZE TO YOUR OWN STYLE

And here’s the debut trailer:

Disney Speedstorm launches on Switch this summer as a free-to-play game.