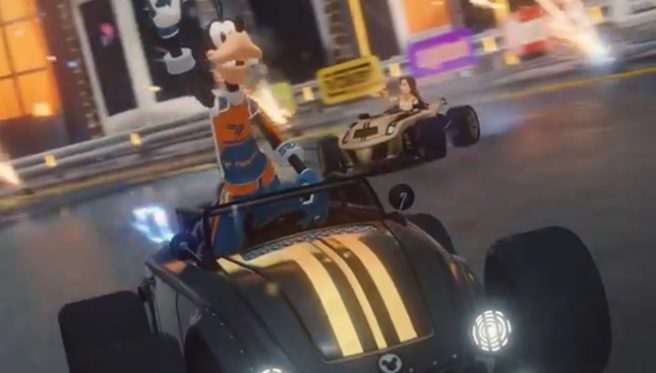 Goofy will be a playable character in Disney Speedstorm, Gameloft has confirmed. The character will be added after launch.

Other well-known characters from the Disney universe will be included as well. Mickey Mouse, Donald Duck, Hercules, Mulan, Beast, Jack Sparrow, and Baloo are some of the other characters you can expect to play as.

Here’s some extra information about the game:

Drift into the ultimate hero-based combat racing game, set on high-speed circuits inspired by Disney and Pixar worlds. Master each character’s unique skills on the racetrack and claim victory in this thrilling arcade racing experience from the creators of the Asphalt series!

An incredible cast of characters including Captain Jack Sparrow, Mulan, Mickey Mouse, Sulley, the Beast and more are suited and revving up for racing combat. Upgrade each racer’s stats and make the most of their unique skills that can impact the outcome of a single race and dramatically change the way you play the game!

RACING TOGETHER HAS NEVER BEEN EASIER

CUSTOMIZE TO YOUR OWN STYLE

We have a quick look at Goofy in Disney Speedstorm below.

We are delighted to reveal that Goofy will be joining the #DisneySpeedstorm Racer roster after launch!

Make sure you've signed up on our website and have Wishlisted the game on your platform of choice so you're good to go at launchhttps://t.co/zkkvQV64u2 pic.twitter.com/ROG7pY7H4O

Disney Speedstorm was originally planned to launch this summer, but with the season coming to an end, that likely won’t be happening. We’ll share the release date as soon as we have it.