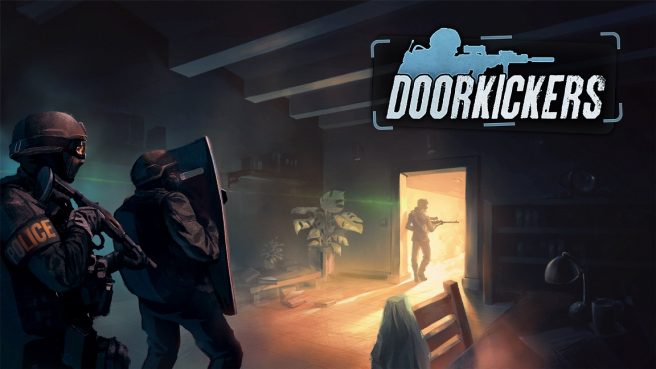 Earlier this year, QubicGames announced that it would be bringing the original Door Kickers to Switch. The publisher has now set a final release date of December 26.

Door Kickers is an innovative real-time strategy game that puts you in charge of a SWAT team and lets you command them during a tactical intervention.

“I don’t have to draw a line in the sand. I already have one. It’s thin. It’s blue. It’s mine and if you cross it, I will protect it.” Anonymous Author

Become the commander of an elite anti-terrorist squad and lead them on the most dangerous missions. Remember you are the good guy, but sometimes it’s better to pull the trigger and go home on your own than to be carried. Yours and your men’ssquad life are the most important.

Analyze the situation, plan team routes, choose equipment, breach points and coordinate multiple troopers to reach the hostage room before the bad guys get to press that trigger.

It may sound daunting and like real world CQB combat. But most levels can be completed in minutes and on the fly – improvisation works. Achieving the perfect planning, getting the mission done with no false steps, that’s a skill hard to master.

Door Kickers will cost $11.99 on the Switch eShop, and pre-orders are live now. Those that own Qubic’s titles such as Robonauts, One Strike, Mana Spark, Blazing Beaks, or Akane will automatically have an owner discount of 25 percent.