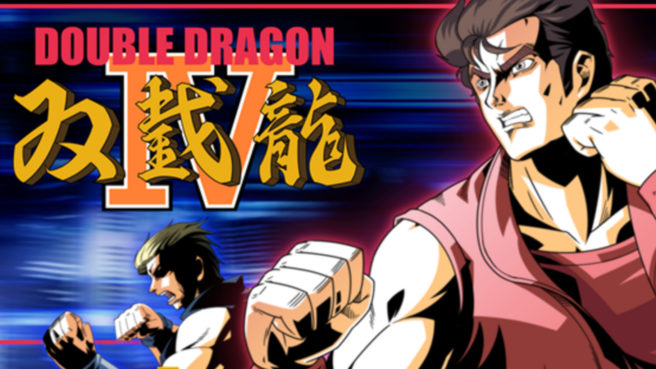 Double Dragon IV will launch for Switch on September 7 via the eShop, Arc System Works has just announced. This should apply to all regions – North America, Europe, and Japan.

Double Dragon IV debuted earlier this year and was created as the next core entry in the series. On Switch, docked, portable, and tabletop modes will be supported. Two players will be supported with each option.

Here’s a previous overview in English from Arc System Works:

The next entry in the side-scrolling action game series Double Dragon is finally here!
The story picks up after the elimination of the Black Warriors in Double Dragon II!

Experience all-new exhilarating action with the original old-school graphics!
Use the art of Sou-Setsu-Ken to rescue the kidnapped Marian!

Plus, new enemy characters including ninjas, karate masters, and sumo wrestlers,
none of which have been seen in Double Dragon before!

There are lots of extra modes, too! Cool new features fans have been waiting for!
Playable enemy characters, VS Mode, Tower Mode, and even more!