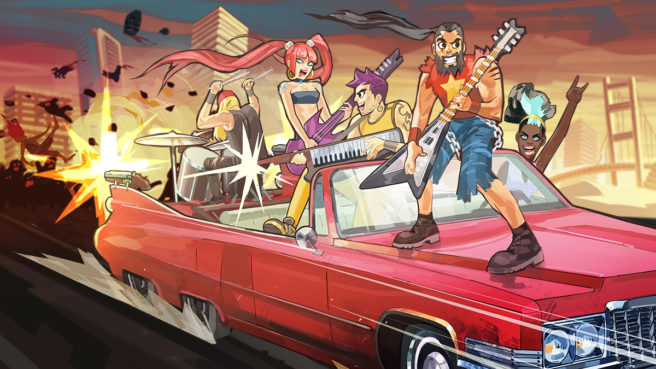 Double Kick Heroes is in the works for Switch, Headbang Club and Plug In Digital have revealed. The mixture of shoot’em up and rhythm gameplay will be on the eShop this summer.

We have the following overview for Double Kick Heroes:

Double Kick Heroes mixes a shoot’em up with a rhythm game!

Merging face-melting heavy metal rhythm riffs, with a high-octane zombie crushing shoot ’em up, Double Kick Heroes is like no game you’ve ever seen before!

You must survive on the highway to hell by killing monsters with your gundillac! Struggle through the 30 levels of total madness and escape from this nightmare! Only the power of Metal can save your band!