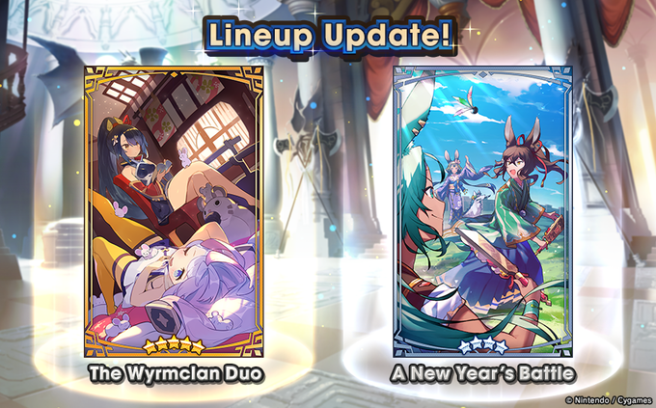 New wyrmprints were added to the lineup in the Treasure Trade Dec. 30, 10 PM PT. You can trade for these wyrmprints from the Featured tab and the 4★ and 5★ rarity tabs in the Treasure Trade for wyrmprints. Additionally, a half Stamina event is now live. During the event, stamina expended while playing event quests like Avenue to Power will be cut in half. This is a good time to push further in the story, or grind EXP or items in quests.