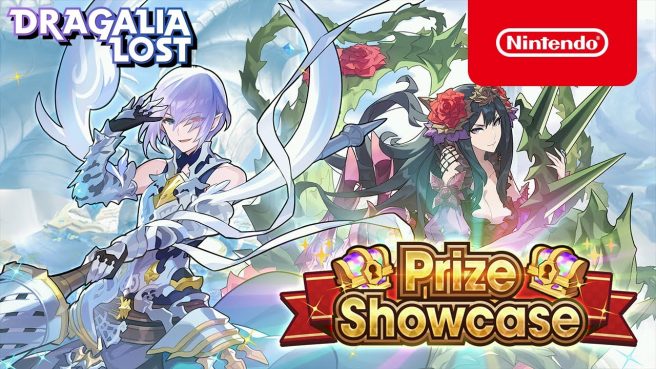 Nintendo and Cygames are gearing up for a new Prize Showcase in Dragalia Lost. The five-star characters Grimnir and Rose Queen are both featured this time around.

A Prize Showcase kicks off on 05/03/2021 at 02:00. Appearance rates for featured adventurers and dragons will be boosted during this showcase!

When you summon on the Prize Showcase, you will get a prize in addition to the adventurer or dragon who appears. Prizes will be sent to the No Limit tab of your goodie box.

For a full list of prizes and their appearance rates, tap Summon on the in-game footer menu when the Prize Showcase is active, then see Prizes under Appearance Rates.

Get a closer look at some of the prizes below.

Platinum Prize
If you receive a platinum prize, you will receive one of the following, based on their appearance rates.
・Sunlight Stone × 1
・Damascus Ingot × 1
・Adamantite Ingot × 1

Gold Prize
If you receive a gold prize, you will receive one of the following, based on their appearance rates.
・Sunlight Ore × 3
・Champion’s Testament × 2
・Golden Key × 2
・Twinkling Sand × 7

Watch a trailer for the new Prize Showcase in Dragalia Lost below.