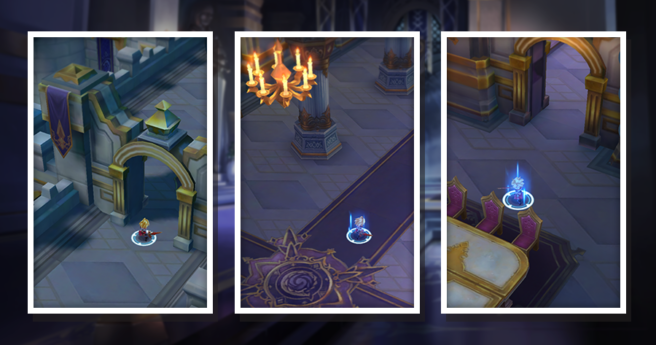 The next Producer letter for Dragalia Lost has released and in it Yuji Okada discusses the new content that has been added to the game and  what is coming in June. Also, there was  a slight shop refresh with The Unbind Pack (6★ Weapons) added.

First, Okada rehashes the previous content that has come to Dragalia Lost such as Timeworn Torment, Gala Dragalia, and what was added in update Version 1.20.0 (you can check out what those include in our archives here). Then he gives a brief overview of what to expect this month.

After the Timeworn Torment, there will be a new event type added – onslaught events. These are events that will center around solo play and defeating a ton of enemies. There will be a story included and quests where the players will fight shapeshifted.

Then in late June, Chapter 14 is coming and it’ll feature a new map called Sol Alberia. A certain character is promised to join the roster after clearing this chapter and Okada ensures that there will be big story developments.

Finally, a new boss, the pair Ayaha & Otoha, is coming to The Agito Uprising at the end of the month. This is also when the next update is scheduled to go live and it will bring more team slots as well as more content to enjoy.

Okada’s full letter is available to read below:

I want to start by thanking you for playing Dragalia Lost.

You can increase friendship with the light-attuned 5★ adventurer who appears in the event, Wu Kong, by adding him to your team during the event and clearing quests. If you maximize your friendship, he’ll permanently join your roster.

You can use items called Wu Kong’s Conviction, which can be obtained during the event, to unlock his mana nodes and unbind his mana circles. Furthermore, in addition to dealing extra damage in event quests during the event, he also takes reduced damage. Collect raid boosts, upgrade Wu Kong, and try to clear Omega difficulty!

The Omega Level 2 (Raid) difficulty, which was added in the previous raid event revival, Loyalty’s Requiem, is in this event as well. Omega Level 2 (Raid) does not have any special rewards, but it does provide a challenge, so using the high dragon weapons or Agito weapons is recommended. If you’re confident in your skills, try taking on this quest!

Also, the theme song for this event, Force Your Way, was composed by Keisuke Okada and sung by Takayoshi Tanimoto. It plays during the story and raid boss battles. I think it’s a pretty cool song, so please give it a listen.

■Gala Dragalia
A Gala Dragalia is live now.
In addition to Gala Leif, the new dragon Tie Shan Gongzhu, and adventurers Radiant Xuan Zang, Zhu Bajie, and Sha Wujing, who appear in the current event, have also been added to the summon showcase.

Gala Leif will only appear during Gala Dragalia, but Radiant Xuan Zang, Zhu Bajie, Sha Wujing, and Tie Shan Gongzhu will continue to appear in future summon showcases. Also, Gala Dragalia was previously only available once every two months, but going forward they’ll be held at irregular intervals.

Regarding the shared skill feature added in version 1.20.0, there are some skills that can be set as shared skills, and others that cannot. This information can be found on the adventurer details screen and in the showcase information.

In addition to being available for purchase in the Shop, each month you’ll be able to obtain a certain amount of elemental tomes, which are required in order to unlock shared skills, as rewards for events such as the onslaught events which start this month.

Both of these adjustments were made in order to make the action in the game more enjoyable.

We also reduced the damage for the attacks the bosses use immediately after the start of the quest in Advanced Dragon Trials. This may change the strategy for some adventurers, but we hope this adjustment will make it easier for more people to challenge these quests.

■This Month’s Schedule
The first of a new event type, onslaught events, will start after the Timeworn Torment raid event ends.
These events will center around solo play and quests where you must defeat tons of enemies. In addition to enjoying a story that focuses on the adventurers, there are also quests where you must fight while shapeshifted.

In late June, the main campaign will be updated with the addition of chapter 14.
The prince and friends advance on the capital, Sol Alberia, and aim to take it back. In chapter 14, you’ll be able to enter Sol Alberia, which is a new map.

What’s more, a certain adventurer will join your roster when you clear chapter 14. There’ll be big story developments in this chapter, so please play through chapter 13 to get ready for it!

A new boss, Ayaha & Otoha, will be added to The Agito Uprising at the end of this month.
Since this boss is actually two characters, they have some unique movements. I hope you’re looking forward to it!

■Future Updates
The next update is scheduled for the end of June.
This update will include an increase to the number of team slots and reductions to the space requirements for the application. Keep an eye on your notifications for more details in the future.

■In Conclusion
I know that balance adjustments and new features change the play environment greatly, but I hope you’ll try lots of different things and continue to enjoy playing Dragalia Lost!

We’re giving all players the following items this month. We hope you’ll use them to try unlocking shared skills.

The next installment of This Month in Dragalia Lost will be posted around July 1, 2020.

Notes:
・The gift can be claimed from your goodie box for up to seven days after reception. If the gift isn’t retrieved within seven days, it will be lost.
・Summon showcase, event, and update content may change without notice.
・Any adventurers and game screenshots shown are still in development.