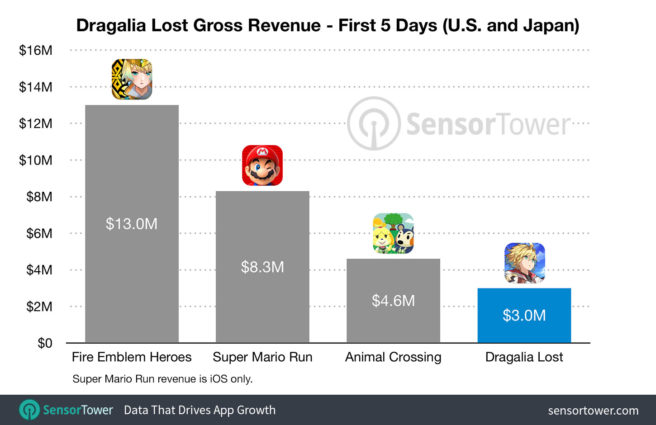 In its first five days, the title has surpassed $3 million in revenue. The game has grossed roughly $3.5 million with 800,000 installs.

Dragalia Lost has taken home the lowest amount of revenue for a mobile Nintendo game in its first five days, which may not be too surprising given that it isn’t backed by a recognizable IP. Fire Emblem Heroes earned the most in the U.S. and Japan at $13 million, of which Dragalia Lost generated a little less than a quarter of.