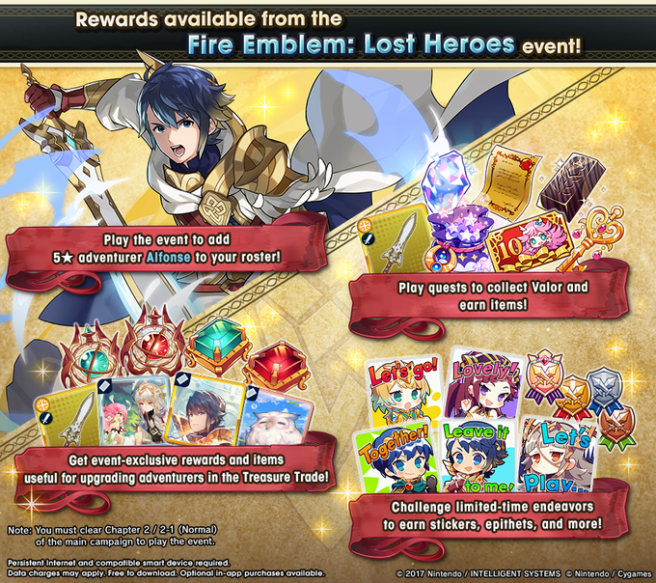 The Fire Emblem: Lost Heroes event revival starts Apr. 19, 11 PM PT. During the event you can get lots of event-exclusive rewards and items that will be useful in your adventures. You’ll also get to add a 5★ Alfonse unit to your roster by playing through the event.


Additionally, a new preview video has been released for character Grace. You can see it in the original tweet below:

Grace protects her team with Life Shield!
・Grant allies a Life Shield, which can block damage!
・She can recover her own HP by using force strikes!
・She works well with adventurers with abilities that activate under certain HP thresholds!https://t.co/DwcrC0FpTu#DragaliaLost pic.twitter.com/ejOVjg4qhd