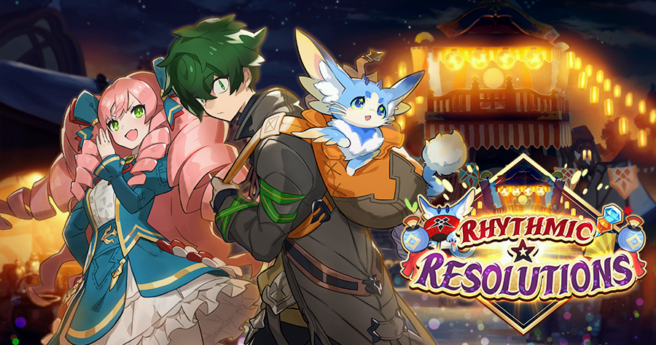 Dragalia Lost has added some new content in the form of the facility event Rhythmic Resolution and the quest Ayaha & Otoha’s Wrath.

The Rhythmic Resolution gives players the opportunity to acquire an event-exclusive facility called the Festival Stage which can be constructed on a player’s Castle Grounds. This facility boosts the stats of adventurers that wield swords and lances as well as increasing the damage adventurers do to enemies in event quests. There will also be Challenge battles running that offer specific rewards to upgrade the Festival Stage. The Rhythmic Resolution will last until 10:59pm, Jul 12, 2020.

Also live now is Ayaha & Otoha’s Wrath in the Agito Uprising. This high-difficulty quest makes it possible to craft 6 star weapons if cleared. More information about these two updates are available in the sources below.