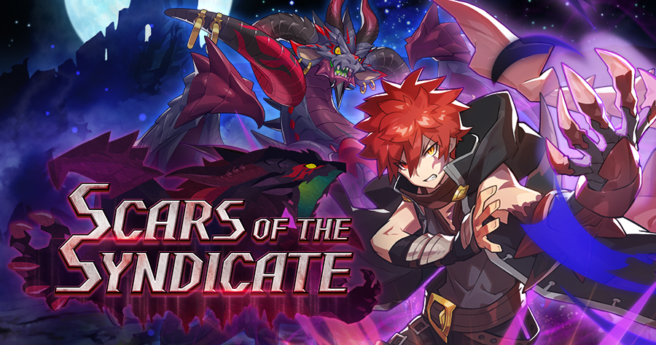 Dragalia Lost’s new raid event, The Scars of the Syndicate, will begin on March 30, 11PM PT and it comes with a lot of new content for players to enjoy.

First off, Dragalia Lost is rewarding players with the gift of 10 Blessed Ethon Ashes & 100 Amplifying Crystals, simply for logging in now.

Then, once the raid begins, a sixth mana circle (named the mana spiral) will be added for certain characters. These characters are three star variants of Althemia, Vice, and Erik.

Finally, this raid event brings a new character to the story- a revenge-filled newcomer named Aldred.

Aldred stands against the prince and vows to take him down as a terrible power swells from his body. A mysterious organization known as the Syndicate appears with him and operates behind the scenes to further complicate things. Many motives tangle and the conflict culminates into a terrifying beast appearing in the over world.

Aldred’s signature voice line is: “I’m going to push this body until I have revenge or it comes completely apart” and a picture of him is included below.

For more details on The Scars of Syndicate raid, please feel free to check out the original source in the link below.