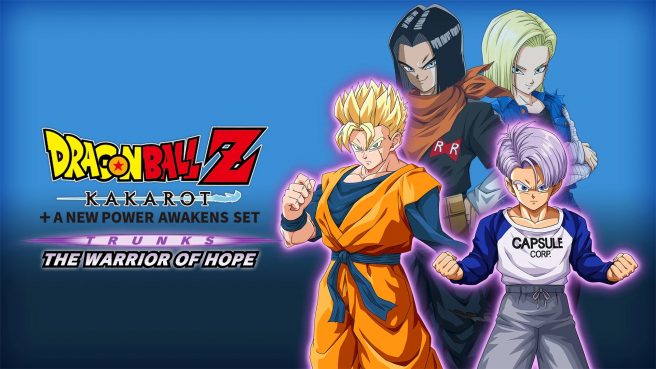 Alongside it’s standard release, Dragon Ball Z: Kakarot + A New Power Awakens Set will have a couple of additional versions on the eShop with a Deluxe Edition and Ultimate Edition. Both will come with extra digital items.

Here’s the full rundown on both:

– The game
– Trunks: The Warrior of Hope
– A bonus Cooking Item

The Dragon Ball Z: Kakarot Deluxe Edition and Ultimate Editions are priced at $74.99 and $84.99 respectively. Everything in the bundles should also be available separately as individual purchases.

When Dragon Ball Z: Kakarot comes to Switch, it will include both parts of A New Power Awakens which were paid DLCs on other platforms. In the first portion, you can train with Whis to awaken the Super Saiyan God transformation and then battle it out against Beerus. The second part lets you awaken SSGSS and protect Earth from Golden Frieza, the Ginyu Force, and the Frieza Army.

The final piece of Dragon Ball Z: Kakarot was Trunks: The Warrior of Hope. It’s a new story arc starring Trunks and Gohan, who fight to protect the planet from androids. The DLC also contains new super attacks, new soul emblems, and more.