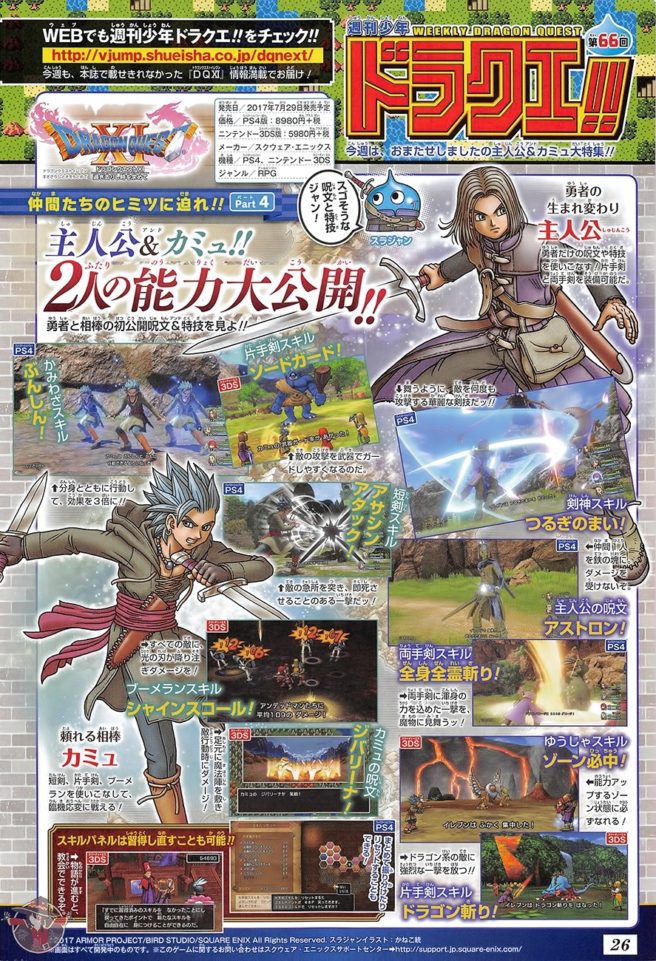 The newest issue of Weekly Jump provides another update on Dragon Quest XI. Another with details about the protagonist, party member Camus is detailed.

– Can use daggers, two-handed swords, and boomerangs
– This allows him to adjust how he fights based on the situation
– “Clone” – A divine skill that triples Camus’ effect by creating two duplicates
– “Sword Guard” – A two-handed sword skill that allows Camus to easily guarding from an enemy’s attack with his weapon
– “Assassin Attack” – A dagger skill in which Camus thrusts at the enemy’s vitals for an instant death
– “Starburst Throw” – A boomerang skill in which blades of light rain down to attack every enemy
– “Jibariina” – Spreads out a magic circle that damages enemies when they perform actions

– By progressing through the story, you will be able redo your Skill Panel at the church
– You will be able to distribute multiple points at once or do a reset