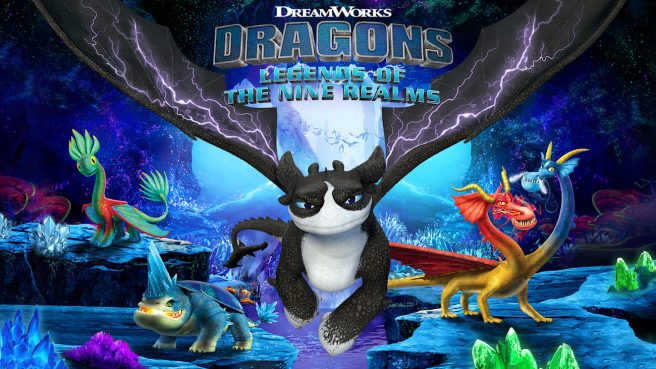 DreamWorks Dragons: Legends of the Nine Realms launched today on Switch, and Bandai Namco have dropped a launch trailer to celebrate the game’s release.

Here’s some more information about the game, as well as the trailer:

Unleash your inner dragon and fly beyond the Hidden World, on your fiery adventure to rescue Thunder’s family and save the dragon kingdoms!

DreamWorks Dragons: Legends of the Nine Realms is available now both physically and digitally via the eShop on Switch.