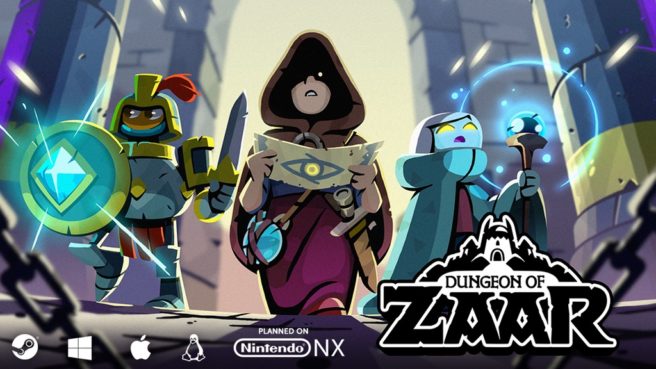 A Kickstarter campaign has opened for Dungeon of Zaar, a “turn-based strategy game taking place in an ancient and magical castle where Explorers fight for treasures”. The team is seeking $28,099 in funds. It’s planned for NX assuming the funding goal is met.

Dungeon of Zaar promises single-player missions and training, online player-versus-player matches, and local play. Battles can be fast, with each one estimated to be around 15 minutes long. You’ll also be able to create items from materials won after battles that can be used later as an advantage.

A trailer fund Dungeon of Zaar can be found below. The Kickstarter campaign is located here.

Thanks to William L for the tip.