Dust: An Elysian Tail launches on Switch next month 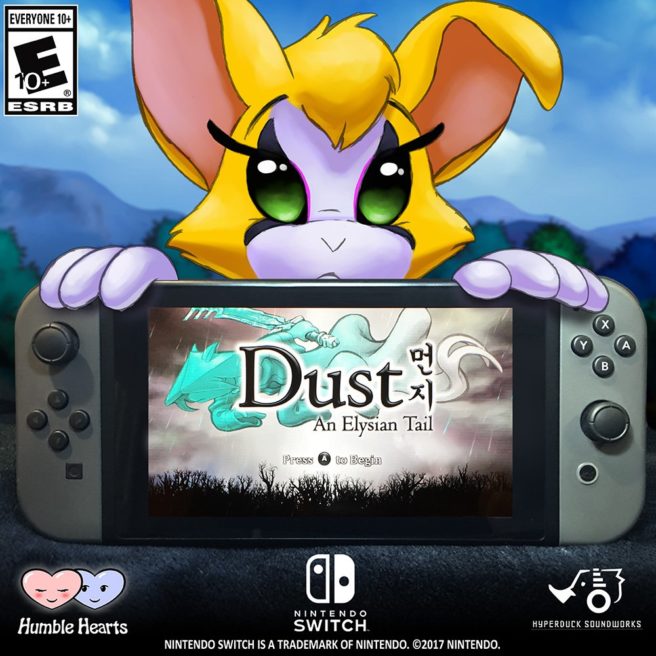 During E3 earlier this summer, Humble Hearts and Limited Run Games revealed that Dust: An Elysian Tail is coming to Switch. We now have a release date for the title. Nintendo’s website has it down for September 10.

Dust: An Elysian Tail, which is critically acclaimed, is an action RPG set “in a gorgeous hand-painted world on a search for your true identity.” We have more details and a trailer below.

Immerse yourself in a gorgeous hand-painted world on a search for your true identity.

As the mysterious warrior, Dust, your action-packed journey will take you from peaceful glades to snowy mountaintops and beyond. At your disposal is the mythical Blade of Ahrah, capable of turning its wielder into an unstoppable force of nature, and the blade’s diminutive guardian, Fidget.

Battle dozens of enemies at once with an easy-to-learn, difficult-to-master combat system, take on a variety of quests from friendly villagers, discover ancient secrets and powerful upgrades hidden throughout the massive, open world, and uncover the story of an ancient civilization on the brink of extinction as you fight to uncover your own past.

– A traditionally-animated action-adventure tale, now playable on the go or at home!

– An expansive world filled with unique characters, quests, and secrets

Limited Run Games will offer a physical version of Dust: An Elysian Tail in the future. Pre-orders should be kicking off on August 31.