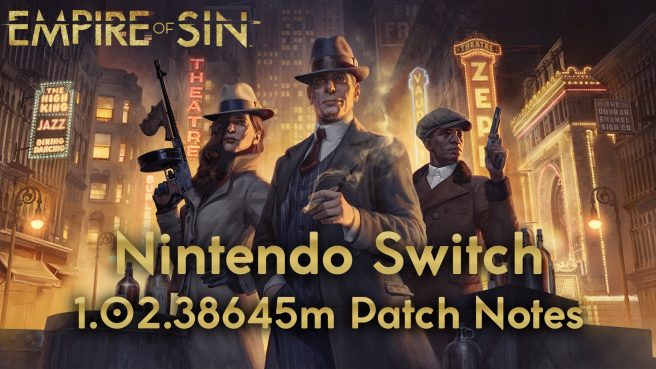 Empire of Sin recently received a new 1.02.38645m patch on Switch. There are various improvements, fixes, and bug fixes relating to UI, combat, art, and more.

You can pick up Empire of Sin both physically and digitally on Switch.