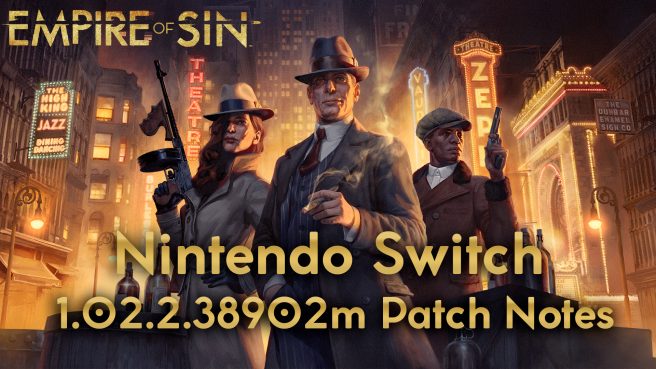 Empire of Sin’s second update is live on Switch. Version 1.02.2.38902m contains a large amount of fixes including save corruption, softlocks, and more.