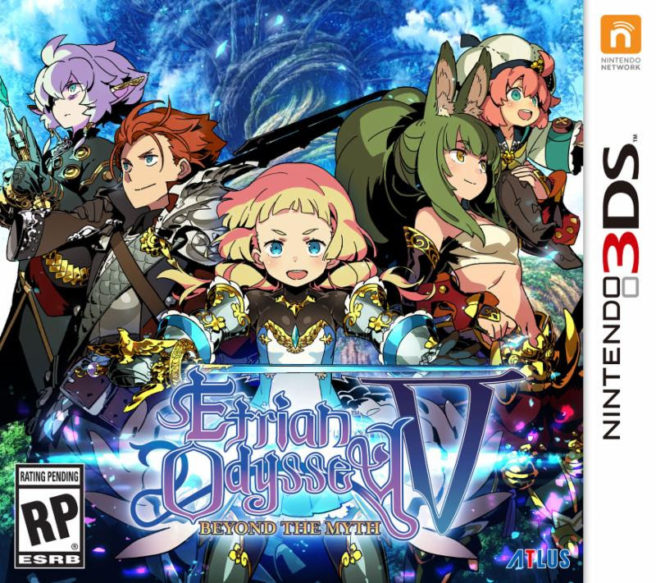 Etrian Odyssey V is coming this fall. As we reported last night, the other two are coming in early 2018. Etrian Odyssey V and Radiant Historia will be fully voiced in English while Strange Journey Redux will retain its original Japanese voices.

Trailers are posted below, along with overviews.

Etrian Odyssey V: Beyond the Myth – The fifth main installment of the long-running Etrian Odyssey series is finally arriving! Etrian Odyssey V: Beyond the Myth chronicles the quest of a new adventurer (hey, that’s you!) as he or she attempts to reach the top of the towering Yggdrasil Tree. For it is said that whoever braves the dangers of the dreaded Yggdrasil Labyrinth and reaches the summit will have their greatest wish fulfilled…
Etrian Odyssey V: Beyond the Myth features:
Radiant Historia: Perfect Chronology – It’s been six years since Radiant Historia was released on Nintendo DS in 2011, but it’s time to return to Vainqueur and unlock the time traveling power of the White Chronicle once again in Radiant Historia: Perfect Chronology. This beloved classic is an expanded Nintendo 3DS port of the original game that will contain a great deal of added gameplay/story content, updated presentation, and new ways to experience the adventure!
Radiant Historia: Perfect Chronology features:
Shin Megami Tensei: Strange Journey Redux – A spatial distortion full of demons appeared in Antarctica, threatening to engulf the Earth in Shin Megami Tensei: Strange Journey. The United Nations responded by tasking a team of highly advanced specialists with piercing the anomaly and figuring out how to stop it from the source. Well, get ready to don your Demonica once again in this new expanded port: Shin Megami Tensei: Strange Journey Redux. Expect new story content, additional endings, a new dungeon to explore, and more in the return of this sci-fi tinged SMT adventure.
Shin Megami Tensei: Strange Journey Redux features: