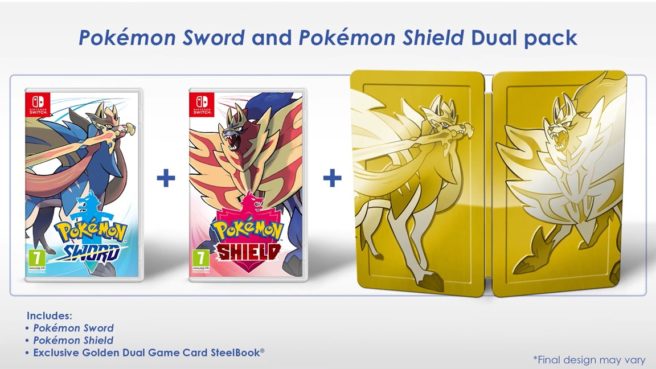 During today’s Pokemon Direct, it was announced that Pokemon Sword and Pokemon Shield will be receiving a double pack. However, the European presentation included something not in the North American broadcast.

Europe’s double pack will include a golden steelbook, pictured above. On top of that, you’ll naturally receive both games in the package.

We’ll let you know if we receive any news about the steelbook in North America.