Fallen Angel out on Switch this fall 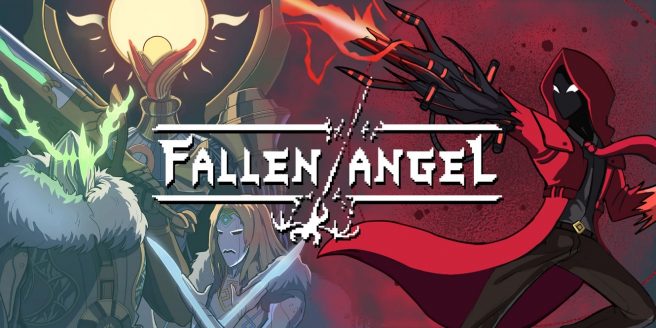 Fallen Angel, a hack and slash RPG that first came out last October, is now confirmed to be appearing on Switch this fall. V Publishing and developer Matrioska Games shared the release window news this week.

Fallen Angel has players taking up the role of Lucifer as he returns from the depths of hell to rage against those who cast him out of heaven. The 2D game contains lots of combat with flashy animation. There’ll be various boss battles with archangels, and each one has its own strengths, weaknesses, and unique design. One aspect of the game involves upgrading Lucifer’s abilities for different types of playstyles such as brute force melee and ranged aerial combat. Co-op modes are included as well.

Fallen Angel will include the most recent game modes when it arrives on Switch. Punishment Mode has enemies that are bigger and stronger, as bosses are deadlier and they brought friends in the form of onerous mini bosses. Also included is Turbo Mode in which the game can be played at different speeds, affecting spells, attacks, movement, and enemy onslaughts.

Here’s a trailer to promote the news of Fallen Angel on Switch:

We’ll update you when we have a release date for the Switch version of Fallen Angel.