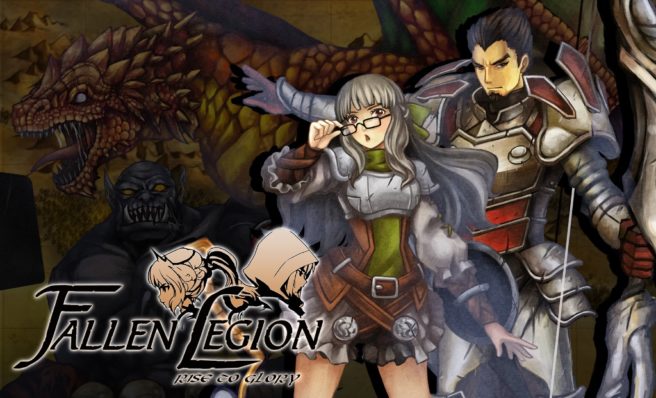 Players can expect the following additions:

– Play both Fallen Legion: Sins of an Empire and Fallen Legion: Flames of Rebellion on the same game card
– Recruit characters from one saga to play in the other
– 5 new playable characters
– New story branches and 16 new levels
– Intimidating new boss fights
– Improved battle options with the addition of Manual Link attacks
– Remixed battles in both New Game+ and the maddeningly difficult One Life Mode

English and Japanese audio voice options will also be included. The voice cast is as follows:

We have a new trailer showcasing the extra content in Fallen Legion: Rise to Glory below.