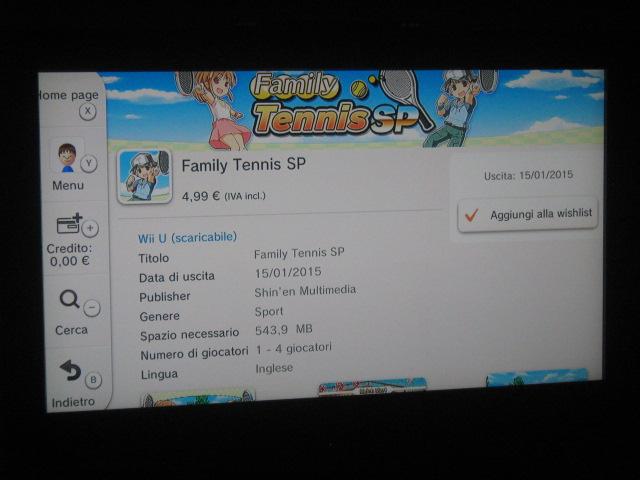 We have confirmation of at least one new game coming to the Wii U eShop in Europe next week. Family Tennis SP is slated for January 15, according to a newly-discovered listing. Pricing is set at €4.99.