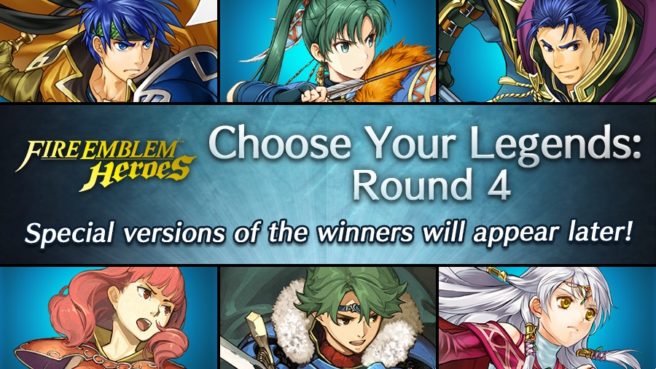 Fire Emblem Heroes is prepared for its third anniversary with Choose Your Legends: Round 4, Nintendo and Intelligent Systems have announced.

Fans can vote on their favorite characters among the many featured throughout the Fire Emblem franchise. The top two male Heroes and top two female Heroes will appear within the year with special outfits. Additionally, My Nintendo members can earn 100 Platinum Points for participating.

You can place your votes on the official website here.