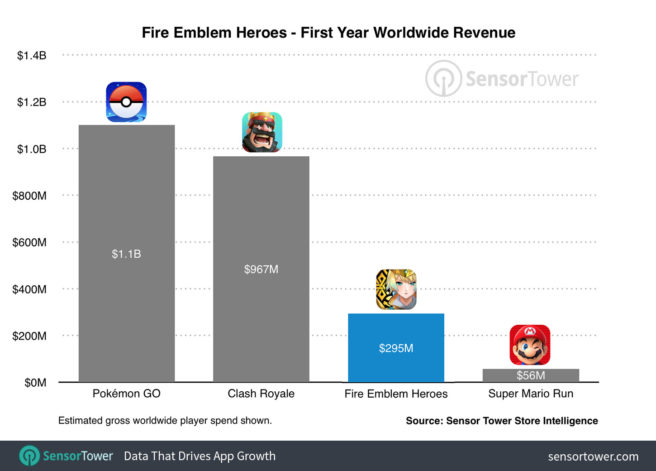 As Fire Emblem Heroes celebrates its first anniversary, Sensor Tower is taking a look back at how the game has done over the past year.

Sensor Tower report that Fire Emblem Heroes has earned an estimated $295 million worldwide in player spending, making it Nintendo’s most successful mobile game thus far. It has generated significantly more than Super Mario Run, though that game was a one-time purchase.

About 30% of Fire Emblem Heroes’ revenue has come from the United States and another 60% from Japan. On the other hand, 82% of Animal Crossing: Pocket Camp’s revenue so far is from Japan.