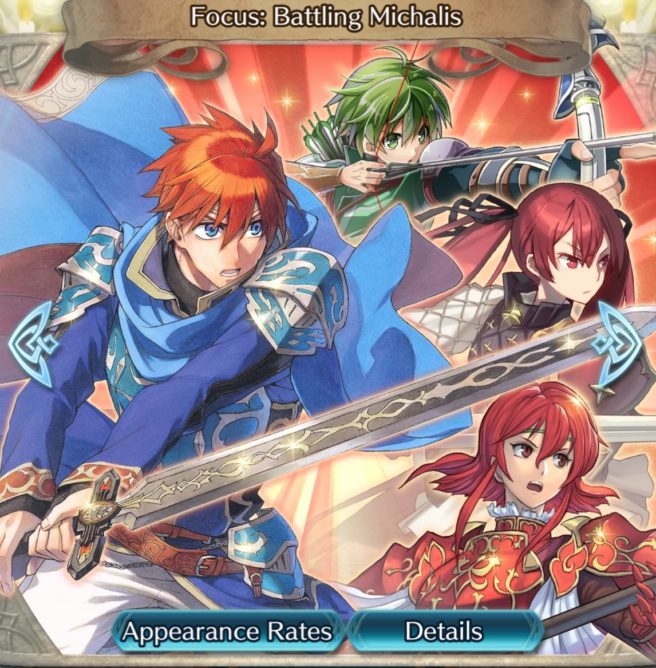 The Grand Hero Battle against Michalis is now live in Fire Emblem Heroes, as well as a new Summoning Focus, Battling Michalis. Winning the challenging Grand Hero Battle will unlock Michalis for your army, with 3 and 4 star versions available for the different difficulties. The Focus will give a higher chance of rolling 5-star versions of Eliwood, Minerva, Gordin, and Selena. Both of these will run until March 28.