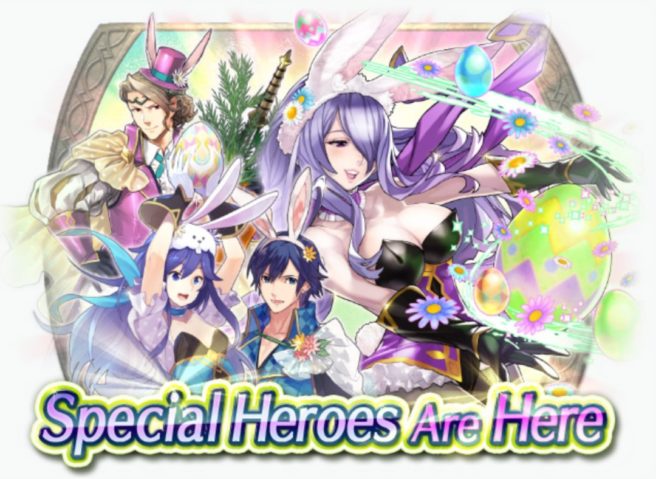 Fire Emblem Heroes’ Spring Festival event is now live. You’ll be able to get Spring Exalt Lucina, Spring Exalt Chrom, Spring Princess Camille, and Spring Prince Xander in a new Focus, which runs until April 14. The information notes that these four are only available as part of the Spring Event, and that they may not be available (unlike other Heroes that have been added). There are also three new Paralogue maps, each with the three difficulty levels, and special Quests for the event. The Quests will also run until April 14.

A 14.2 MB download is required for the extra data.