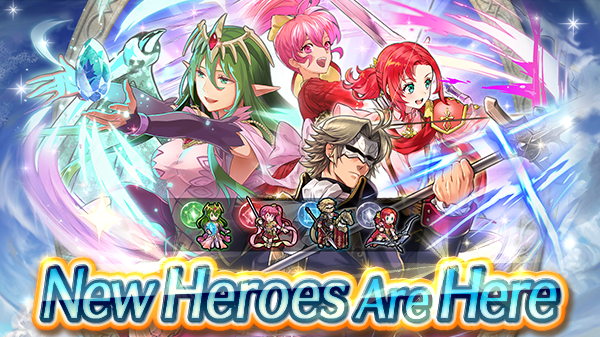 The previously announced The Chosen Ones Summoning Focus is now live in Fire Emblem Heroes. The new 5-star focus units are Nagi: Dragon Avatar, Sirius: Mysterious Knight, Phina: Roving Dancer and Norne: The Volunteer. Additionally, Bantu: Tiki’s Guardian has been added to the 3-star/4-star pool. The Summoning Focus will be available until October 9.

A new main story chapter featuring these units has also been added: Book III, Chapter 11: Where It Began, alongside some time-limited quests.

The new units are also the focus of a new Forging Bonds event. A Time To Shine will run until October 3. Among the rewards are First Summon Tickets for the The Chosen Ones Summoning Focus.

Finally, a new map has been added to Tactics Drills. “Young Lion & Radiant Hero” can be found in the Skill Studies section; clearing it gets you 300 feathers.