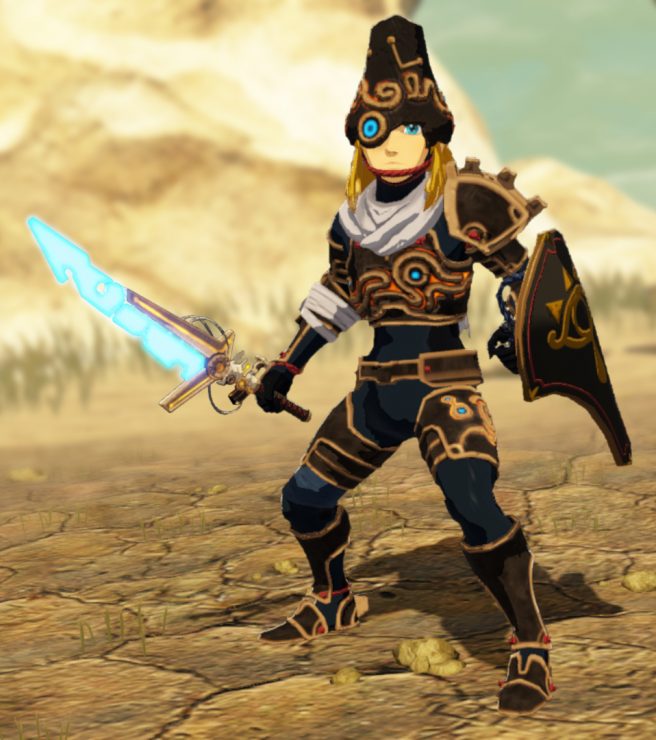 When the Expansion Pass for Hyrule Warriors: Age of Calamity was announced earlier this year, we heard that a special bonus was planned. Those that purchase the DLC will gain access to an additional in-game weapon and costume for Link. We now know that the bonus is the Prototype Ancient Sword and Prototype Ancient equipment – check out the design above.

These items can be used starting on May 28. The first part of the Hyrule Warriors: Age of Calamity Expansion Pass will then arrive by the end of June, followed by the second drop by the end of November.