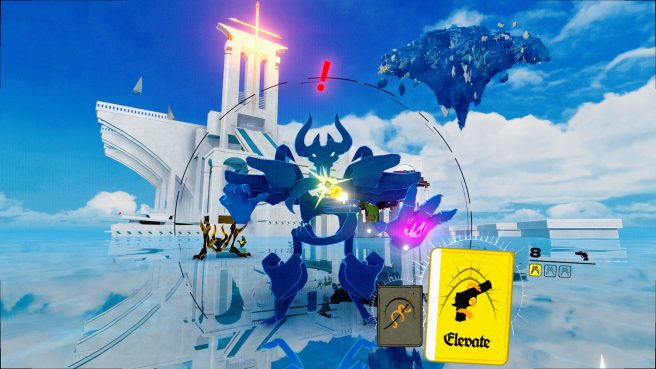 Annapurna Interactive, Ben Esposito, and Machine Girl have announced Neon White. The first-person action game is slated for release on Switch later in 2021.

Here’s an overview of the title::

Neon White is a lightning fast first-person action game where you exterminate demons beyond the pearly gates.

SOUL CARDS
Collect Soul Cards to attack your foes or discard them to use unique movement abilities.

SINNERS
Uncover Heaven’s mysteries by getting to know the other assassins… did you know them in a past life?

FRESH OUT OF HELL
You are Neon White, an assassin handpicked from Hell to compete with other demon slayers for a chance to live permanently in Heaven— Only the fastest slayer can stay.

Neon White is expected to be sold digitally for Switch via the eShop.