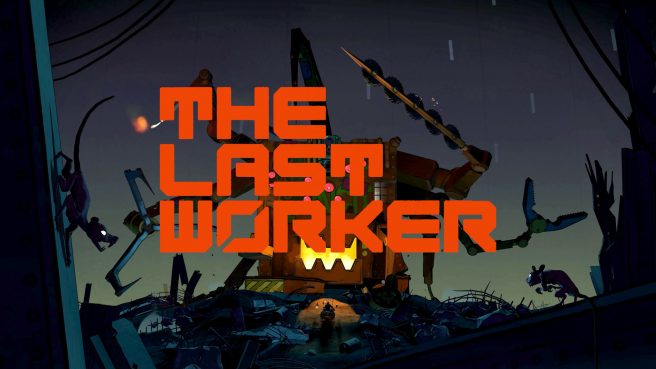 Wired Productions and Oiffy, Wolf & Wood have revealed The Last Worker, “a first-person narrative adventure centered around our struggle in an increasingly automated world.” The project is lined up for a 2022 launch on Switch.

We have the following overview and trailer for The Last Worker:

The Last Worker is a first-person narrative adventure centered around our struggle in an increasingly automated world. Combining a hand crafted art style with uniquely immersive gameplay mechanics in an epic setting, The Last Worker delivers an emotional, thought provoking and comedic story packaged with rich characters performed by an all-star cast.

– A collaboration between writer/director Jörg Tittel (The White King, Ricky Rouse Has a Gun) and VR pioneers Wolf & Wood (A Chair in a Room: Greenwater, The Exorcist: Legion, Hotel R’n’R)
– Handpainted 3D art based on concepts by comics legend Mick McMahon (Judge Dredd, 2000 AD)
– Hours of narrative, immersive gameplay in an environment the size of the sunken city of Manhattan
– A unique blend of core gameplay mechanics seamlessly interwoven into a narrative game unlike any other
– Rich characters performed by an all-star cast in a story filled with heartfelt drama, biting satire and intense action