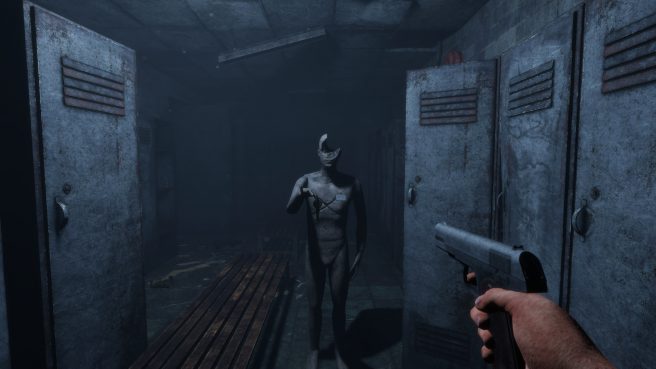 Modus Games and We Create Stuff have announced that In Sound Mind, a first-person psychological horror game, is in the works for Switch. The game will be arriving on Nintendo’s console and other platforms later in 2021.

We have the following overview and trailer for In Sound Mind:

As you awake in the corridors of an inexplicable building, you find the environment takes on a life of its own and leads you to discover a series of victims, all exposed to the same experimental chemical. In your search for answers, bizarre visions emerge and introduce a host of imposing horrors…and a cat named Tonia.

From the creators of the cult classic Nightmare House 2 comes In Sound Mind, a witty first-person psychological horror with frenetic puzzles and unique boss fights. Traverse a series of unsettling memories as you journey within the inner workings of the one place you can’t seem to escape—your own mind.

– A new survival horror experience from the creators of the legendary Nightmare House 2. We Create Stuff, the team behind one of highest-rated mods of all time returns with an unexpected spin on the horror genre.
– Experience a series of haunting memories. Journey through a progression of unsettling stories, each with unique puzzles, mechanics, weapons, and boss fights.
– Overcome a cast of terrors. Confront those who stalk you in a series of daunting boss fights and learn how to defeat them by solving mind-bending puzzles.
– An eerie soundtrack by The Living Tombstone. The internet icon lends his distinct sound to this next generation psychological thriller, with a distinctive song for each story.
– Unexpect the expected. Explore an imaginative and disorienting narrative, featuring sentient mannequins, a feline companion, and much more. And yes, you can pet the cat.

In Sound Mind will be sold digitally on Switch for $34.99. There are also plans for a $39.99 Deluxe Edition at retail, which includes the game, the digital soundtrack by The Living Tombstone, and a digital art book.