Posted on February 19, 2018 by Brian(@NE_Brian) in Screenshots, Switch 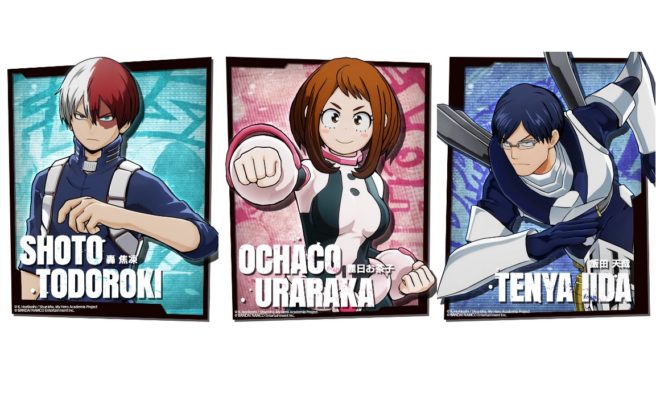 Originally announced in V Jump a few days ago, Shoto Todoroki, Ochaco Uraraka, and Tenya Iida are all confirmed for My Hero Academia: One’s Justice. Bandai Namco has now made the news official.

We have screenshots for the three characters below. Information about each one is also included after the break.

Shoto Todoroki is the son of the Earth’s second strongest hero Endeavor. As a genius student he can master two quirks, the ice from his mother and the fire of his father. He has always suffered the pressure of his upbringing and is now determined to forge his own path to become a Hero.

Ochaco Uraraka is one of Deku’s closest friend. She is lively, positive and always finding a way to inspire people. Her quirk gives her the power to manipulate gravity. She wants to become a hero to offer a comfortable life to her parents.

Tenya Iida uses his super speed to be the first one to help others. As Class 1-A’s representative, Tenya takes personal responsibility over the safety of his classmates. His inspiration comes from his older brother wanting to become a hero similar to him.