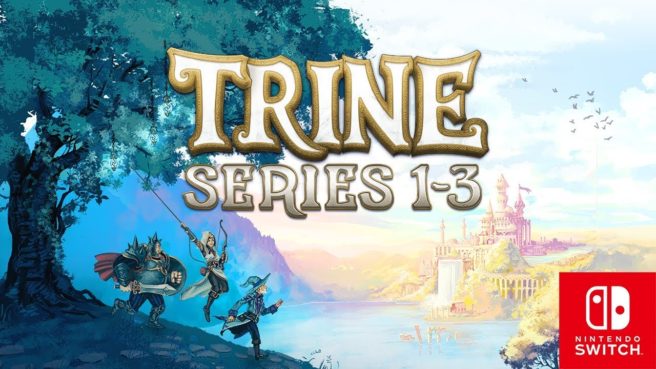 It was recently revealed that Trine 4 is coming to Switch. So it makes sense then that past games in the series will make their way to Nintendo’s console, starting today.

Frozenbyte announced that the initial Trine games are all bound for Switch. Trine Enchanted Edition launches today with Trine 2: Complete Story and Trine 3: The Artifacts of Power coming “soon after, with exact release dates still to be announced.” BlitWorks is working on the ports.

Here’s a trailer promoting the news:

And an overview for Trine Enchanted Edition:

Trine Enchanted Edition is the origin story for the three unlikely heroes of Trine – Amadeus the Wizard, Pontius the Knight, and Zoya the Thief.

Spellbound by the magical object Trine, the heroes must join forces to overcome obstacles and puzzles in a fully interactive physics-based world, battle the undead and their minions, and restore balance to the kingdom!

Key Features:
– Action and platforming in a fantasy fairytale world, featuring 15 breathtaking levels full of dangerous enemies, hazards, and physics-based puzzles
– Origin story for the 3 heroes – Amadeus the Wizard, Pontius the Knight, and Zoya the Thief, each with their own skills and unique abilities
– Solve challenges and puzzles in many different ways by combining the characters’ abilities, and come up with creative solutions never seen before!
– Online and local co-op multiplayer for up to three players