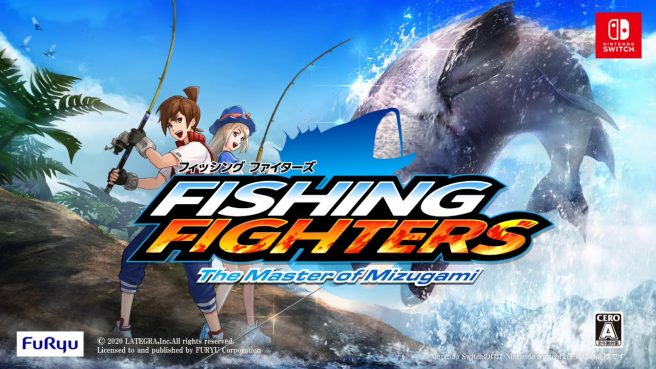 Fishing Fighters was announced for Switch in this week’s issue of Famitsu, and further coverage has emerged. An eShop listing offers up concrete details and a gameplay trailer.

A realistic and exciting fishing game appears on Switch! In Fishing Fighters, you can enjoy fishing in-game like you would in real life thanks to the Joy-Con’s rumble and sensors. Operate the controls according to the fishes’ movements—when they eat the bait, pull on the line, and so on—and reel in a big one!

Various unique characters appear in story mode. Each stage (fishing spot) has missions to clear. Depending on the results of your fishing, you will receive points that can be used to purchase new fishing rods and lures.

With bait, traps, rods, reels, and more, this is real deal fishing. Choose from a variety of combinations for the optimal result to catch your target depending on the fishing spot and the fish you are trying to catch.

There are over 100 fish in the game. The fish you catch will be registered to your record book.

In Battle Mode, up to two players can play together in table mode, four players in TV mode, and eight players via local wireless. It is sure to be a hit among family and friends!

Fishing Fighters is slated for March 25 on the Japanese Switch eShop. English is supported, so there’s a chance that it will have a release in the west as well.