Posted on April 1, 2022 by Nicolas in Switch eShop, Videos 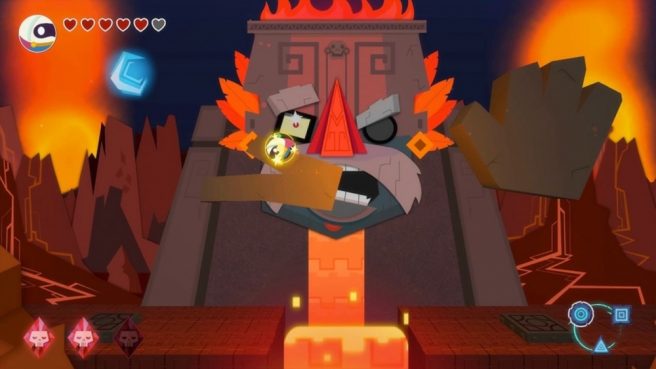 Flat Kingdom Paper’s Cut Edition just ended up on Switch this week, and those that want a closer look may want to view some new gameplay. 25 minutes of footage has come in.

A wise sorcerer created six magical jewels that kept the effects of the third dimension at bay, granting peace and prosperity. However, one day an evil masked thief named Hex disrupted the balance and made the chaos return.

The only who can stop the chaos is Flat, a little hero able to change into a circle, triangle or square in order to solve puzzles, overcome obstacles and defeat giant bosses!

* Jump into a beautiful papercraft world.
* Test your might with epic and challenging battles against giant bosses.
* Uncover all of the game’s secrets! There are side quests, upgrades and all kinds of surprises.
* Learn all about the kingdom’s lore and history by finding hidden scrolls.
* Music by legendary composer Manami Matsumae!

Get a look at the Flat Kingdom Paper’s Cut Edition gameplay on Switch below.