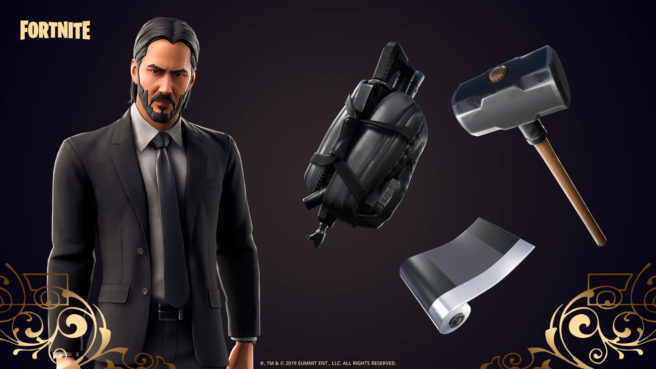 Epic Games and Lionsgate have announced a collaboration that has seen the launch of a John Wick in-game event based on the film franchise. It includes a unique Wick’s Bounty limited time mode as well as free John Wick challenges, in which players can earn rewards such as the Gold Coin Back Bling, the One Shot Glider, and Boogeyman Wrap.

The in-game shop has also been updated with the John Wick Set. When purchased, players will be given he John Wick Outfit along with the Simple Sledge Pickaxe.

Here’s the full rundown of the event:

Once a player crosses the last point threshold, they will remain on the map and have the alt Wick skin for the rest of the match, even if they lose the point lead.