Posted on September 18, 2018 by Matt(@OnePunchMaz) in News, Switch eShop 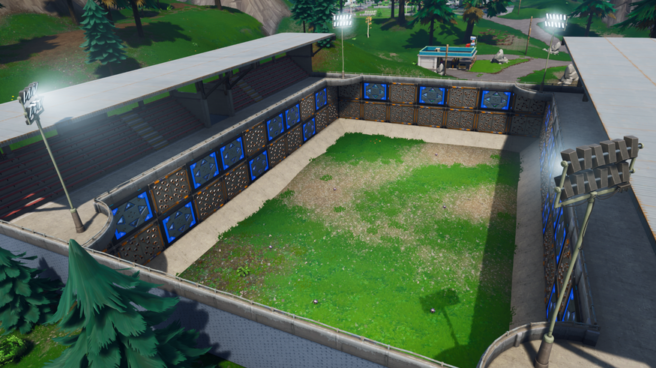 Fortnite’s latest patch has been released today. Version 5.41, among other things, adds the Spiky Stadium and Port-a-Fortress items. Here are the full patch notes:

Summary
Classic Battle Royale with gliders that can be re-deployed by pressing Jump when falling from large heights.

We’ve introduced a new consumable to the Playground LTM that will allow you to spawn an entire Spiky Stadium. We were inspired by the amazing things you’ve been making within Playground, and cannot wait to see what you create as we continue to build out the future of creative mode in Fortnite.